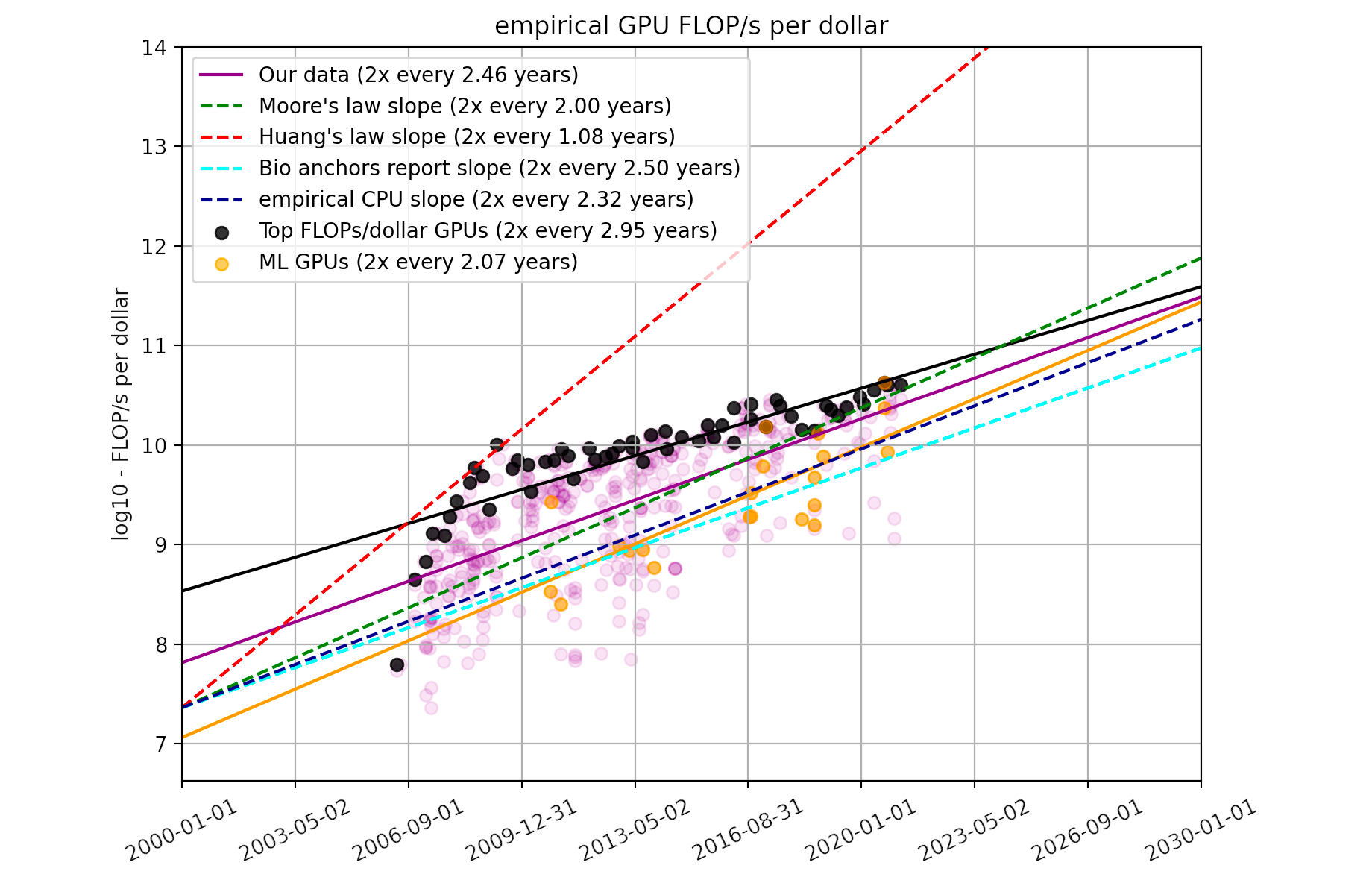 Cite this post
Marius Hobbhahn and Tamay Besiroglu
Using a dataset of 470 models of graphics processing units released between 2006 and 2021, we find that the amount of floating-point operations/second per $ doubles every ~2.5 years.
Jun. 27, 2022