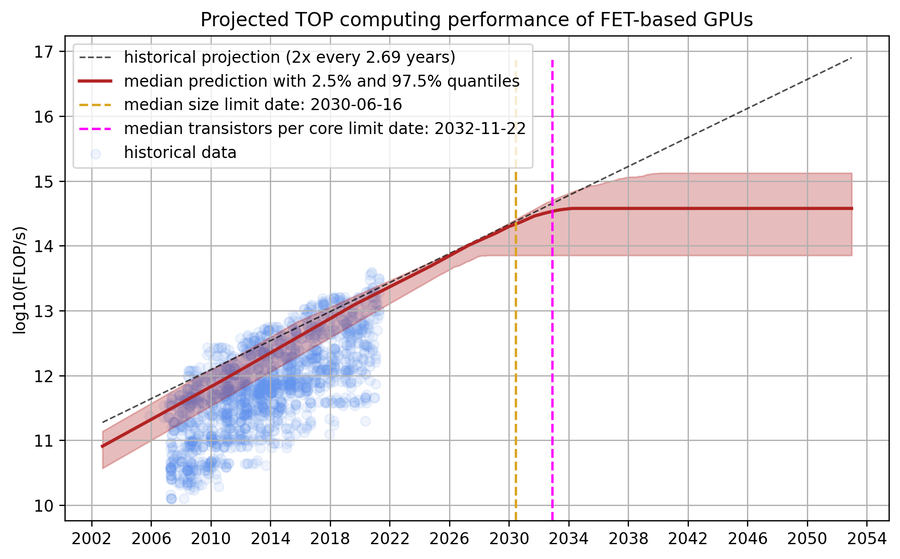 Cite this post
Marius Hobbhahn and Tamay Besiroglu
We develop a simple model that predicts progress in the performance of field-effect transistor-based GPUs under the assumption that transistors can no longer miniaturize after scaling down to roughly the size of a single silicon atom. Our model forecasts that the current paradigm of field-effect transistor-based GPUs will plateau sometime between 2027 and 2035, offering a performance of between 1e14 and 1e15 FLOP/s in FP32.
Dec. 01, 2022 31 min read