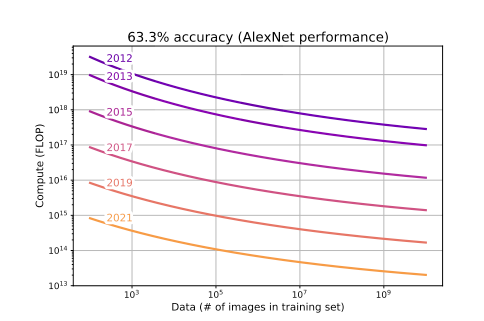 Cite this post
Ege Erdil and Tamay Besiroglu
We use a dataset of over a hundred computer vision models from the last decade to investigate how better algorithms and architectures have enabled researchers to use compute and data more efficiently. We find that every 9 months, the introduction of better algorithms contribute the equivalent of a doubling of compute budgets.
Paper
Dec. 12, 2022 2 min read